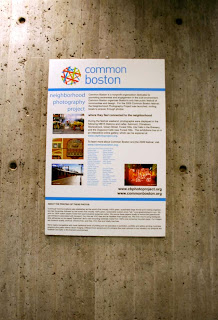 Recently I became involved in a project headed by a group called Common Boston, dedicated to expanding public awareness of the Boston area’s built environment. The project involved photographing certain neighborhoods of Boston in an effort to bring more awareness to those areas. The photos were blown up, mounted with facts about the places they depicted and hung in T stations. 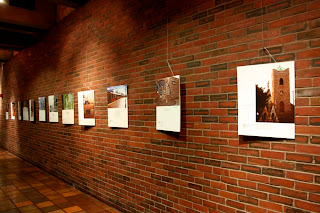 When the poster boards came down, City Hall decided they wanted to display them for a while. If you've been to Boston's City Hall then you know it's not the most warm and inviting building so they could use some art work. I went down to check it out and it seemed like the perfect place for the work to be, bringing some color to those dark hallways! 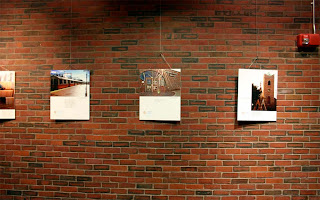