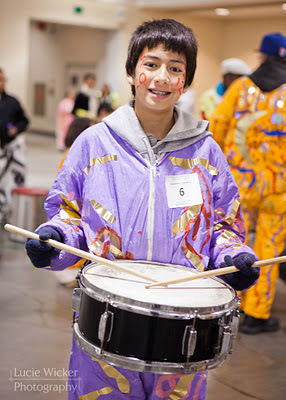 I'm not a huge fan of New Years Eve since, being a Boston city dweller, it's always freezing cold, uber expensive, and damn near impossible to find cabs. Our tradition the last few years has been to go to Mamma Maria (across the street from our apt!), have dinner, and hang out with the staff until midnight. Not a bad tradition but this year I added to it- I went to the First Night parade up Boylston Street to the Common. 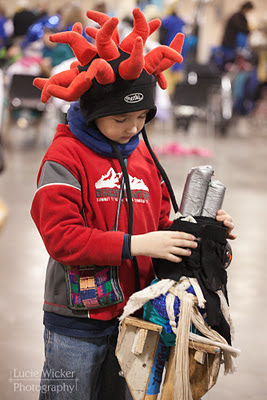 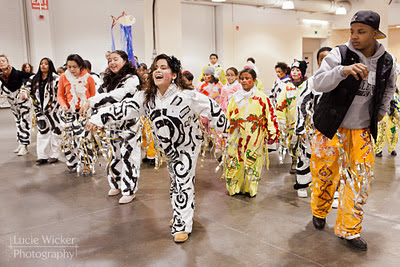 I was there taking photos of the Spontaneous Celebrations crew who were in the parade decked out, playing drums, dancing, and some even on stilts. The group has been participating in the parade since 1998 and they put on quite a show. I traveled with them taking photos all along the way, and it was a blast! 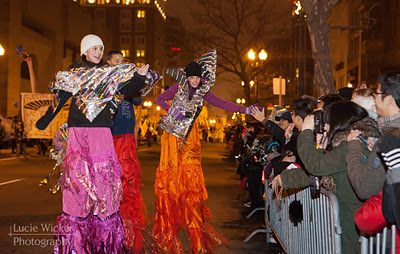 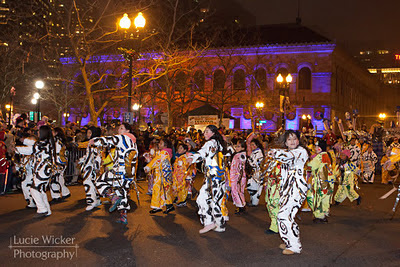 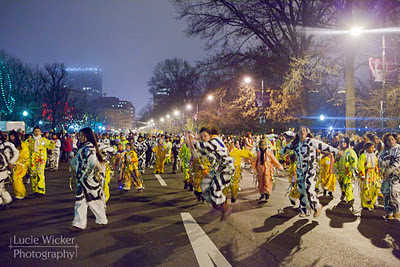